The rich world of icons 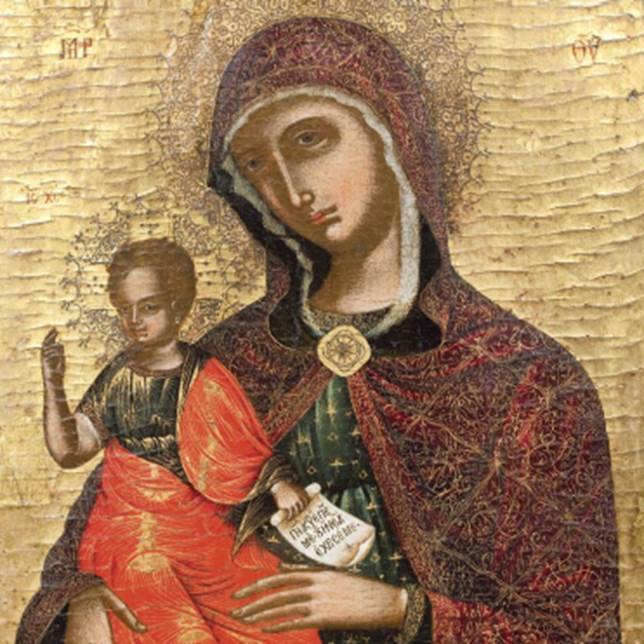 By opening up a world of light, colour and harmony, icons enable us to become aware of our spiritual nature. They show us a world free of the chores and anxieties that so often seem to fill our everyday life. For those of us brought up in the West, it is interesting that icons take us back to our earliest Christian roots. They represent an unbroken tradition of more than 2,000 years of helping people to think about the important questions of life.

Icons can be approached in many different ways. Although the most obvious starting point is to consider their place in art history, they also feature strongly in general history, culture, theology and iconography. Unquestionably, however, the best way to approach them is simply to look at them thoughtfully and at length – which is why this book contains such a wealth of illustrations. By contemplating a beautiful icon every day, we can gain more insight than we could ever achieve by reading any number of books.

Given that, for over a millennium, icon painting was the only form of painted art and exercised a strong influence on the course taken by later artists, it is surprising just how little attention icons receive. Take the book The Story of Art by E.H. Gombrich, for instance. This renowned book is widely considered to be the most complete introduction to art history available, and is in fact the best-selling art history book ever, having sold 8 million copies since 1950. The 2009 edition of this book devotes only half a page to Byzantine icon art, and Russian icons are dismissed in a mere line and a half.

It is true that many interesting studies on icons have been published, especially in Russia, where interest in icons has grown enormously since the 1990s. Nonetheless, there is a great deal of territory still to be opened up. This makes every collector of icons a bit of an explorer!

This book will take a broad view of icons. We will certainly consider their place in the history of art and in history more generally, as well as looking at their cultural and theological significance. But our chief focus will be on their iconography. Icons are generally unsigned and undated, and we can deduce from them no information about those who painted them. As a result, the history of icons is largely the history of the images. This is in strong contrast to the Western tradition, where, from the Renaissance onwards, the role of the artist as an individual became more important, and appreciating art came to involve not only knowledge of the artist’s work but also information about his life, philosophy and sources of inspiration. Consequently, although we refer to this as the history of art, it is in fact very often the history of the artists. Given our lack of data about the painters of icons, a similar approach here is clearly impossible.

Let me take you on a journey through time – from the earliest days of Christianity right up to the early twentieth century. We pass through Egypt, travel right across the Byzantine Empire, to arrive eventually in Russia, where, until the early 18th century, icon painting was the only form of painted art.

There is so much one could say about the art of the icon – it is truly an inexhaustible topic. In fact, after writing this book, I realise just how much I have not been able to include. I hope that this book will nevertheless encourage you to delve into the subject more deeply and, above all, to enjoy the richness that icons have to offer.